Our mission is to develop products for infrastructure creating better sound environments for people and enabling sustainable development of urban, living environments and transport sector.

With expertise in acoustic design and product development, we innovate, develop and sell products in the noise protection field. Our market is the global infrastructure segment including acoustic experts, contractors as well as managements and owners of rail and road networks.

Tony is the founder and innovator of Wavebreaker. He has a Master's degree in Civil engineering, with focus on sound and vibration, as well as a Master's degree in Industrial marketing and purchase. Tony has worked in the field of acoustics for over 32 years starting as an acoustic consultant at the famous Swedish pioneering acoustic company Ingemansson in 1989. The first five years of his career he gained experience in different acoustic fields e.g. noise and vibration investigations and solutions in railway, roads and buildings. Between 1994 and 1997 Tony was employed at Volvo Trucks, learning more about solving NVH problems in product development. In 1997, he was given the opportunity to take on the product manager role for vibration isolation products in a Nordic technical trading company, Christian Berner AB. During 16 years, Tony developed the market for vibration isolation solutions in railway, buildings and industrial products with an 8-fold turnover growth. In the end he was heading two business areas of five in total, responsible for 40% of the company turnover and had a central part of the Swedish management. During this time, several ground-breaking noise and vibration solutions in both the railway and building segment was developed. In 2013 Tony had the chance to come back to the consultancy industry, as section manager at the former acoustic company Ingemansson, now owned by ÅF AB. After 3.5 years and positions as region manager and sales manager, Tony was offered the position as CEO for an environmental consultancy, EnviroPlanning AB. At the same time he took the chance to start the development of his own product and company, Wavebreaker, based on an old idea of his. All the years in different industries had given Tony an extensive experience of acoustics in infrastructure, construction and product development, together with a European network, and an ambition to make something out of it. After 5 years of combining the tasks of a business leader and, on spare time, developing his own company and product, it was time to move on and focus on Tony's own company. Beginning of 2022, Wavebreaker AB was ready for a global launch of a new innovative sound damper for traffic noise - Wavebreaker. 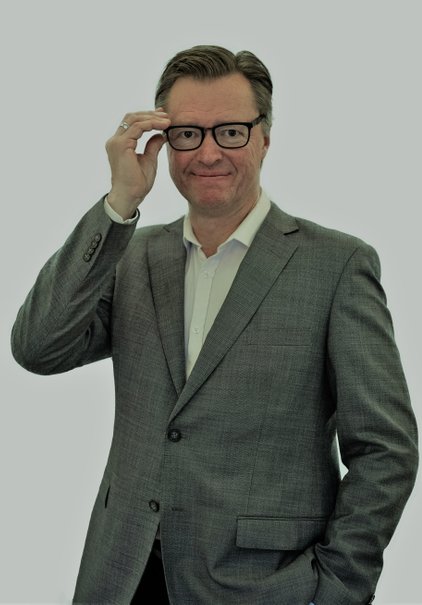 First investigations on the possibility to develop a patentable product based on interference technology fighting train noise in a more efficient and cheaper way than today's alternative solutions.

The design was developed for optimum noise reduction with focus on a general train noise spectrum.

The outcome was the base for the application of a global patent.

Wavebreaker became partner of Inkubatorn i Borås and was awarded project financing from Vinnova Startup phase 1.

Wavebreaker AB was successfully granted awards from both InfraSweden2030 and Vinnova Startup phase 2. The project goal was to go from product development phase to validation and verification in the first pilot project.

Further development of a sustainable and modular design was made.

Laboratory measurements of an early prototype were made together with RISE acoustic experts. The noise improvement values exceeded expectations.

Optimization of the new production tools were made.

First delivery to the pilot project in Stockholm for field verification tests.

The acoustic measurements and installation tests met the objectives.

The information provided is intended only as a summary and general overview on matters of interest. Wavebreaker AB has made every attempt to ensure accuracy and reliability of the information provided on this website. However, the information is provided “as is” without warranty of any kind. The mentioned values / results are dependent on various parameters such as train data, noise spectrum, noise screen design and quality, geometric data, etc and actual results achieved in specific projects may vary. The information is not intended to be comprehensive nor does it constitute expert advice. Wavebreaker AB shall not be liable for incidental and/or consequential damages directly or indirectly sustained, nor any loss caused by not complying with relevant industry/product standards and improper use of any Wavebreaker product. Due to varying construction methods, any other circumstances not stated above should be brought to the attention of Wavebreaker AB for review. For suitability to the prevailing site conditions, it is advised that certified testing should be conducted. It is recommended to seek further advice on your application with our technical staff prior to use.