WHO predicted 2018 that in 2050 7 billion people will live in urban areas (https://population.un.org/wup/). The growth will put pressure on how we develop our societies, how we live, work and transport ourselves. Traffic noise is increasing in the world due to intensified traffic, longer and faster trains, altogether with on-going urbanization and a modern lifestyle demanding public transports. 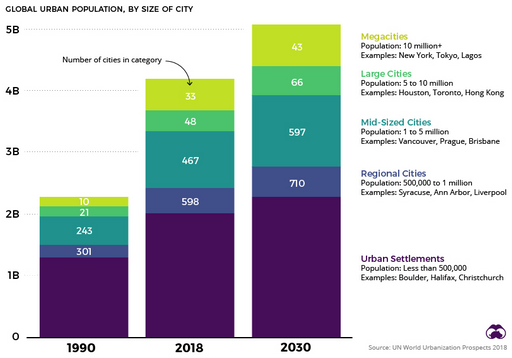 European Environmental Agency reported in 2020 that at least 12 000 people die prematurely due to traffic noise. About 20% of the European citizens spend their lives in areas polluted by noise over the health limits (https://www.eea.europa.eu/publications/environmental-noise-in-europe/). It is the second largest environmental problem in Europe. Since the report included only the major roads and railway lines the conclusion was that the presented figures probably were underestimated.

Extracts from the report:

at least 55 dB(A). In addition, 22 million are exposed to high levels of railway noise

future urban growth and an increased demand for mobility

It is well-known from before that noise means higher risk of cardiovascular disease and diabetes. In 2021, it was reported from Maersk Mc Kinney Moller Institute at University of Southern Denmark (SDU) that noise also increases the risk of dementia.

Wavebreaker is innovative product that addresses the challenges of today and in the future with a sustainable noise protection solution supporting the Sustainable Development Goals 2030. The general measure to fight outdoor noise from traffic is to install higher noise screens - with exponentially increasing costs and decreased visibility in the landscape. Until now, no new innovations or technically more advanced solutions have been available.

Wavebreaker is a passive "sound-trap", based on an acoustic principle known for over 100 years. Through scientific research and 5 years of product development an optimized traffic noise damper can now be a part of the sustainable growth in society. Up to 7 dBA extra noise reduction can be acheived and at the same time saving up to 75% of costs compared with alternative solutions.

The information provided is intended only as a summary and general overview on matters of interest. Wavebreaker AB has made every attempt to ensure accuracy and reliability of the information provided on this website. However, the information is provided “as is” without warranty of any kind. The mentioned values / results are dependent on various parameters such as train data, noise spectrum, noise screen design and quality, geometric data, etc and actual results achieved in specific projects may vary. The information is not intended to be comprehensive nor does it constitute expert advice. Wavebreaker AB shall not be liable for incidental and/or consequential damages directly or indirectly sustained, nor any loss caused by not complying with relevant industry/product standards and improper use of any Wavebreaker product. Due to varying construction methods, any other circumstances not stated above should be brought to the attention of Wavebreaker AB for review. For suitability to the prevailing site conditions, it is advised that certified testing should be conducted. It is recommended to seek further advice on your application with our technical staff prior to use.